skip to main | skip to sidebar

There is a very large class of people that own 65/66 Mustangs that, as far as I can tell, anyway, have been, for the most part, ignored entirely. They don't really want that 100 pt. show car that is so nice and was soooo expensive that they're afraid to drive it, they also don't want to make their car capable of achieving warp factor three. They just want this car that they dearly love to be able to cruise around smoothly and reliably, without having it dump them out on the side of the road or have it start making weird noises or belching out big clouds of funky-smelling smoke. And I think, truth be told, that this is by far the largest class of Mustang owners. They take their car to some technician when what they actually need is a mechanic, and this, frequently, does not work out very well at all for the owner. They don't want to re-engineer the entire car, they just want someone to fix what broke. These are the people that I am trying help out with this blog. Some problems require a little bit of back and forth, as in, "Try this." "I tried that and it didn't change anything."
" Oh. well, you probably need to try that." " I tried that and it helped, but it still isn't quite right." "Now you need to try this...." If you go to http://www.allfordmustangs.com/ and then go to the classics forums, you will be able to do that with a pretty hefty gathering of some very knowledgeable people that also happen to be very friendly. None of that ridiculous one-upmanship, no flaming or abuse, none of that stuff. Just good, solid advice from people that know what they are talking about.

First, Let me start by saying that there are no Mustangs with 64 year model V.I.N.s. The first Mustang, 5F08F100001, was titled as a 1965 model car. All of these cars that we refer to as 64 1/2s are just really, really early 65 model cars according to the V.I.N. However, they have characteristics and features that Ford dropped at the end of the 64 model year. There were no alternator charging systems on 64 model Fords, and there were no generator charging systems on 65 model Fords, with the exception of the early production Mustangs, which they began building in early March of 64, instead of in July of 64, like the other 65 model cars. This is a pretty obvious difference between a 64 1/2 and a 65. This first picture is the generator of a 64 1/2 Mustang. It has this size-huge cast iron upper bracket, instead of the stamped steel bracket of an alternator car. This one is kind of hard to miss. Many of these cars, like mine, for example, have been changed over to alternators, though, so the absence of this generator and bracket does not mean that the car didn't originally come with it. I still have all of the generator stuff, in case I want to go back to trailered concours perfect, but, since it's my primary means of transportation, I have it on an alternator. 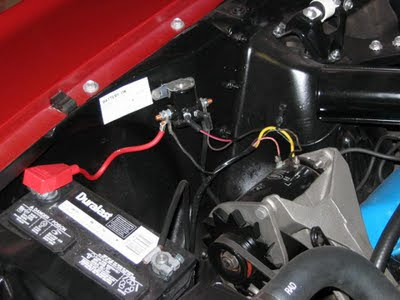 On the V8 cars, the 64 1/2s have what's called a five-bolt block, while the 65s have a six-bolt block. This is referring to the number of bolts that hold the bell housing onto the back side of the engine block. Here is a picture of a five-bolt bell housing. The arrows show where the bolts that attach it to the block are, and yes, you can see this with the motor and transmission still in the car, so, all that you have to do is open the hood, and then count them. There will also be some other bolts there, like the two that hold the starter on, the inspection plate at the bottom of the bell housing, but, the bolts that hold the bell housing to the block are pointing in the opposite direction of the others, so, it would be very difficult to get them mixed up. 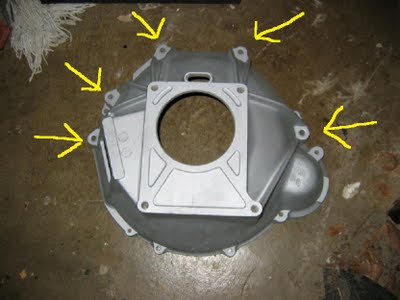 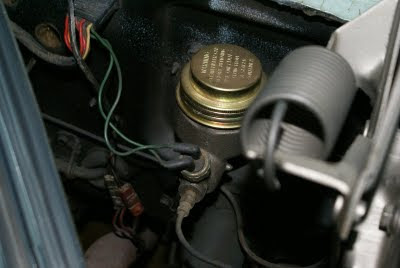 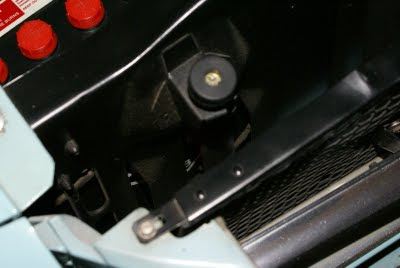 The flap indicated by the arrows hangs down a lot further on the 64 1/2s than it does on a 65. On the 65s, it only comes down about half that far. From the factory, this part is painted black, as is the upper area of the piece that this flap is a part of from the front edge of the cowl lip forward. This one is painted body color just so it stands out better. Again, if I ever go back to trailered concours perfect, I'll also fix that. 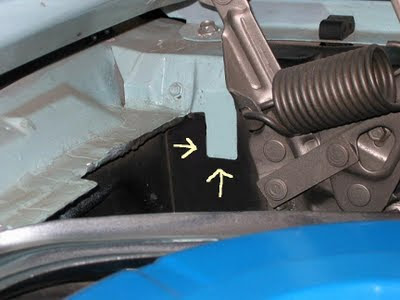 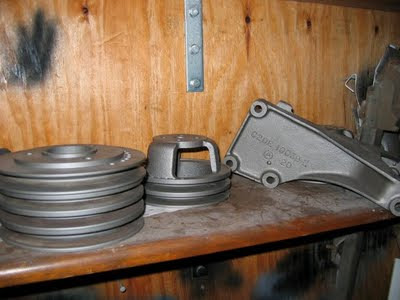 The generator cars had these great big horns mounted down on the strut rod brackets, instead of the smaller horns on the radiator core support that an alternator car had. There was also a horn relay mounted above the voltage regulator on the generator cars, instead of a wire coming straight out of the turn signal switch and going directly to the driver's side horn, then over to the passenger side horn, like the alternator cars. 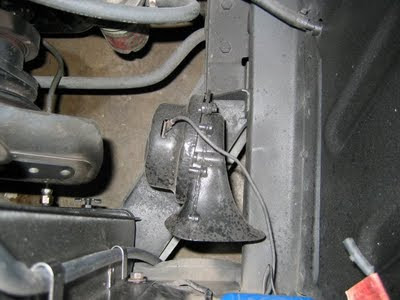 This is kind of a small thing, but, it was a 'better idea' from Ford. You will notice in the picture that negative battery cable is attached to the inner fender area with a clip and a sheet metal screw. The generator cars had this, the alternator cars didn't. Even if the clip isn't there, there should be a hole in the car for the screw. 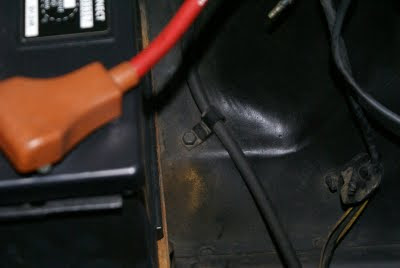 These are the different floor mats that were available for the 65/66 Mustangs. This first picture is of a set that was more commonly used on the 65 model cars, although, they were still listed in the 66 accessory literature. These would set you back the extravagent sum of $7.95 for the front mats and $4.96 for the rear. It's identical in every respect to the regular floor mats that are seen all the time in Mustangs now, except for there is no embossed horse on them. These are quite rare now. 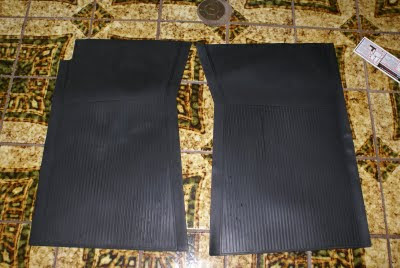 This second picture is of a set of floor mats that were available over the counter from the parts department of your local Ford dealership. 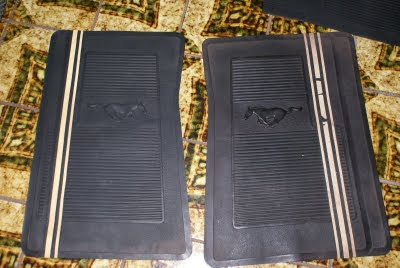 This last picture is the set of floor mats that the car would have come with from the factory. These are reproduced and are readily available from any vendor of vintage Mustang parts. 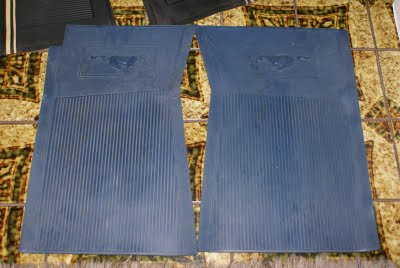 Veronica
Hello. I am married to a wonderful man and we have two children, a son and a daughter. (And, yes, my children really are smarter, faster, stronger, kinder and more beautiful than yours.)